In this article, we will add jump sound and music to the platformer from SGDK. Creating a platformer for Sega Genesis

Download resources from MEGA,and put them in the res folder

In resources.res, add the following lines:

WAV needs to specify a driver for the Z80processor that will play the sound.

Of these, the highest quality is XGM. Detailed information about the available drivers and, in general, about all resources is available in SGDK/bin/recomp.txt

Open main.c, in the mainfunction, add the following (anywhere before while).

That’s it, done. Compile and runto hear the music.

Add the sound of the jump.

Add the following line, just before the while loop.

XGM_setPCM – announces a new PCM sample for the following syntax.

Next, in handleInput,at the moment of the jump,I added the following line:

Let’s break it down.

Done, now during the jump, you will hear the sound.

What to write music for the Sega Genesis?

Music is written on DelfeMask.

There are 2 versions, paid and free:

Example of music written in DelfeMask: 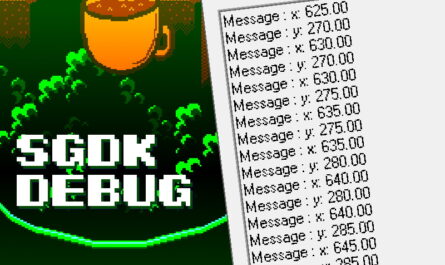