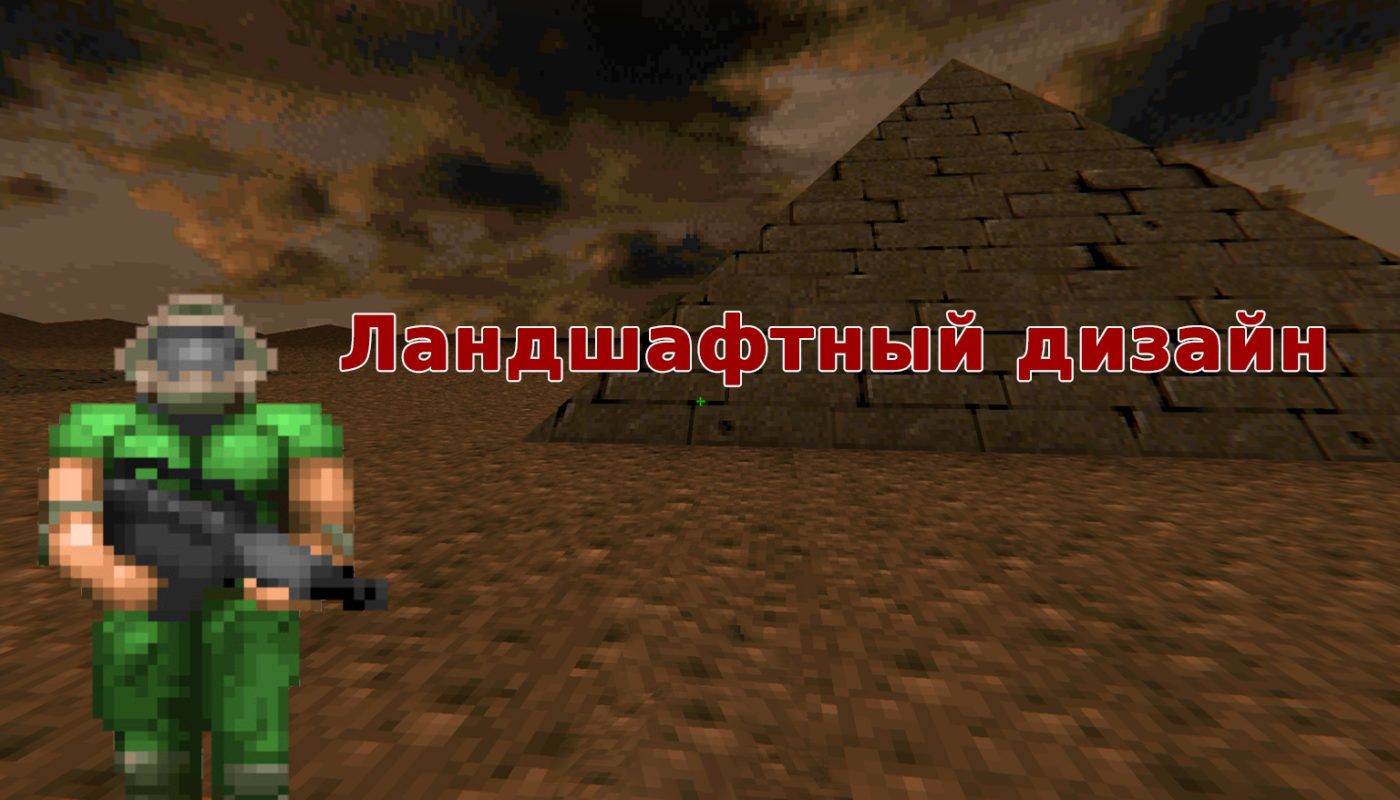 Actually, this is exactly what we will do with the DooM engine: tear, throw, squeeze all the juices out of it.

About myself I can say one thing: I'm more of an artist in the back of my mind, with programming I'm not very much (thanks to this site, because this is my problem corrected by its authors), so… Therefore, I am opening a series of articles where we will draw the levels beautifully.

Just make a reservation: some of what I said was already mentioned in the lessons of other authors on this site. And I'll just remind you of this within context so you don't jump from article to article. So…

Create a map of UDMFformat, this is important.

As Ilya Strigo taught, each line of the map boundary will be given an "infinite horizon". Just like that.

Now go to the sector settings and choose the texture of sand for the floor, F_SKY1 for the ceiling. The infinite horizon allows you to ignore the texture of the wall, it simply does not show it. Because of this, we don't have to permanently remove it.
Let's now create a pair of pyramids. We'll do it in two ways. Let's look at the picture.

The first pyramid was created by lifting the vertices of the triangle. To do this, the Show editable vertices function must be active (such a button next to the Test Map). Draw a square, lines divide it into 4 triangles, as shown in the picture. Go into visual mode and see pyramids near the points-vertices. Grab any of them and spin the mouse wheel. Got the technology? Actually, the pyramid will be obtained due to the rise of the central point. The exact height of the point can be found and changed by right-clicking on it in map mode (and 3D too).

By making a more complex figure of triangles, we can create mountains and hills. Draw and try. The disadvantage of the method is that the triangles:
1) must be joined to each other by vertices, otherwise "cracks" will appear. Example:

2) Dividing at least one side of the triangle into two segments (as in the figure), you will not be able to raise and lower the vertices. That is, remember: only triangles, sectors of three lines and three vertices-points.

But if you just need to raise a sector that has at least one side cut by a point?

Let's look at the second pyramid. Each line of the square that forms it received action 181 – Plane Align. You're already familiar with it. Specify Align floor – front, since the front part of the line is directed inside the square (see such flags in the center of each line?). Now we can raise our pyramid by changing the height of the sector.

That is, as you can see, in the first method the height of the POINT changes, in the second – THE SECTOR.

By the way, if your line with action 181 is divided into segments by dots, as here, you can leave this action on only one of them. Even if it's pixel long. On the rest you can hang something more useful.

Let's make such a rock by combining these 2 principles:

What else… Draw, for example, this figure:

Play with the tops. It will turn out quite realistic (by the standards of the game, of course), the landscape. Further – only your imagination.

In conclusion of all this – this is such a rock. All spies on the lines – 181, Align floor, front. Download the map from the link and see for yourself how it is made. But… You have already built your own, more sophisticated, right?)))

Here's a test map. You can run on it, and in the editor you can see everything that was said. Good luck!

View all posts by Amaranth →